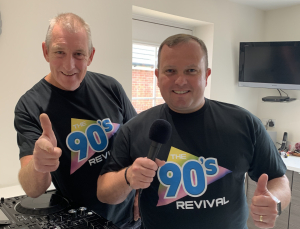 90’s DJ Duo to Spin the Decks to Fundraising Goal 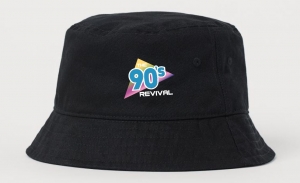 The New Bucket Hat, click the button to purchase

The best Lockdown Party on the Web 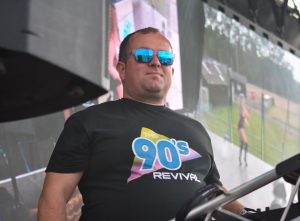 Dave took an interest into DJing from a very early age.

From 8 years old he mocked up is own Radio Studio in his bedroom and proceeded to do a fake broadcast 5 days a week between 6:30am and 7:30am for a number of years.

At the age of 12 Dave DJ’d part of the night at his Brother’s wedding before moving onto Dance Music and starting to Mix.

At the age of 15 Dave started to arrange Dance Parties at his local Youth Club with all profits going back into the Youth Club to fund future excursions.

At the age of 20 Dave decided to become a Professional DJ which is when he first met his now Business Partner Paul Bennett. Over the following year’s Dave and Benno worked together on various projects but they mainly worked on their own with venue residencies and private functions up and down the country.

In 2008 Dave and Benno worked together more and brought back a Cabaret that Benno used to perform with another DJ. The Cabaret was based on ‘Thunderbirds’ and they used to have their crowds in fits of laughter as they transformed themselves into Parker (Dave) and Lady Penelope (Benno).

In 2014 Dave and Benno teamed up with another local DJ and helped arranged a number of sell out 90’s based Party Nights which saw them performing with the likes of N-Trance, Livin Joy and D:Ream.

In late 2018 Dave and Benno decided to start their own business and ‘The 90’s Revival’ was born and their first concert was due to take place in June 2020 with a number of smaller sell out gigs arranged for 2019. Unfortunately, with the Global Pandemic of COVID 19 hitting in early 2020, Dave and Benno were forced to  reschedule their main event for 2021. However, the Global Pandemic didn’t stop them entertaining people!

The week before the first Lockdown on March 23 rd 2020, Dave and Benno did a LIVE DJ Set on Facebook and were blown away as they had just over 10,000 devices tuned into them. They then continued their LIVE Streams for 16 weeks also getting LIVE acts on the show with them like, Cappella, N-Trance, Dario G and Urban Cookie Collective and they constantly had a viewing audience of between 35 and 40,000 devices for each show.

After taking a short break Dave and Benno were asked to perform at the Shropshire Drive-In on 1st August 2020 and in 3 weeks the event sold out.

In September 2020 with the popularity of their online LIVE Shows they were asked to do a show in Southampton, again the event sold out.

With more Lockdowns to come Dave and Benno turned back to the LIVE Streams as people loved having something to look forward to each week.

In Lockdown #3, Dave and Benno decided that it would be good if they could raise money for charity whilst they were entertaining people each week and they have made more money for National Charities than they could ever have imagined.

The 90’s Revival has now been rescheduled again to June 2022, but Dave and Benno will be back with some sort of show to entertain their fans in 2021, watch this space.

Benno loved music at a very young age and started in the entertainment industry at the age of 16, helping a local DJ, as a roadie.

His first ever live DJ set was when he was just 17 back in 1985, his popularity grew and grew, performing all over the country on the mobile circuit.

In the early 90s Benno decided to play and perform in pubs & clubs, and with doing this he began gaining a huge following.  People would follow him to wherever he was performing and the venues were packed.

In the mid-90s he and a fellow DJ started an entertainment agency, that’s when Benno met Dave.  Dave worked within the agency and Benno saw the potential and professionalism in him and in 2008 they decided to work together as a team. They began by doing shows both locally and around the country, building up a good reputation for their DJ’ing and entertainment skills.

In 2018, Dave and Benno decided to start a new company called Supa Events, and The 90’s Revival was formed, by beginning their journey into hosting and organizing bigger events e.g. festivals and concerts.  Unfortunately, because of the recent pandemic their plans have been put on hold.

On the positive side this has given Dave and Benno more time to build an even larger following for themselves and The 90’s Revival, by playing live on social media to entertain people from all over the world.

During the third and most recent lockdown they decided to raise money for local and national charities by hosting online shows weekly where watchers can donate money to the chosen charities via justgiving.

Dave and Benno have a magic chemistry both on and off the stage and their friendship and admiration for each other is priceless.  Oi Oi !!! 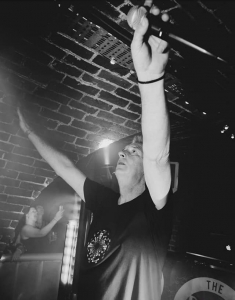 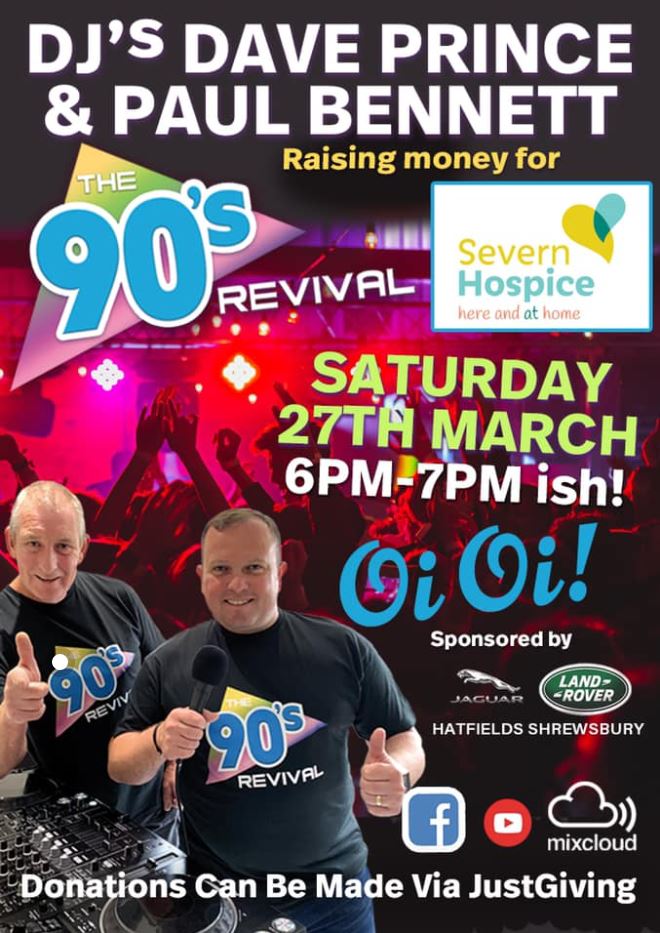 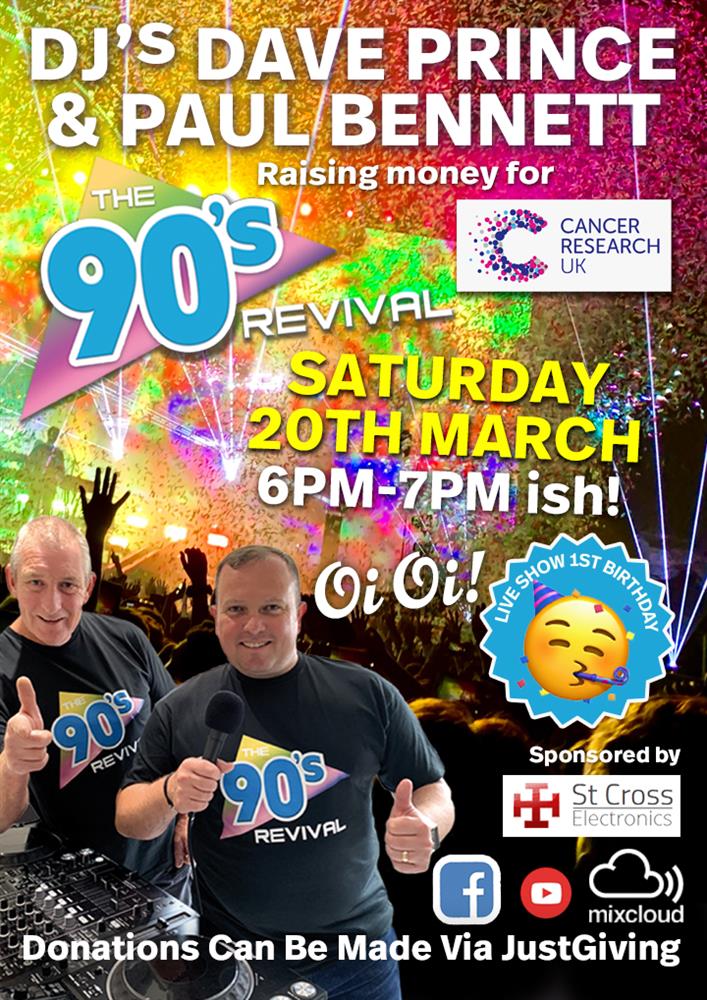 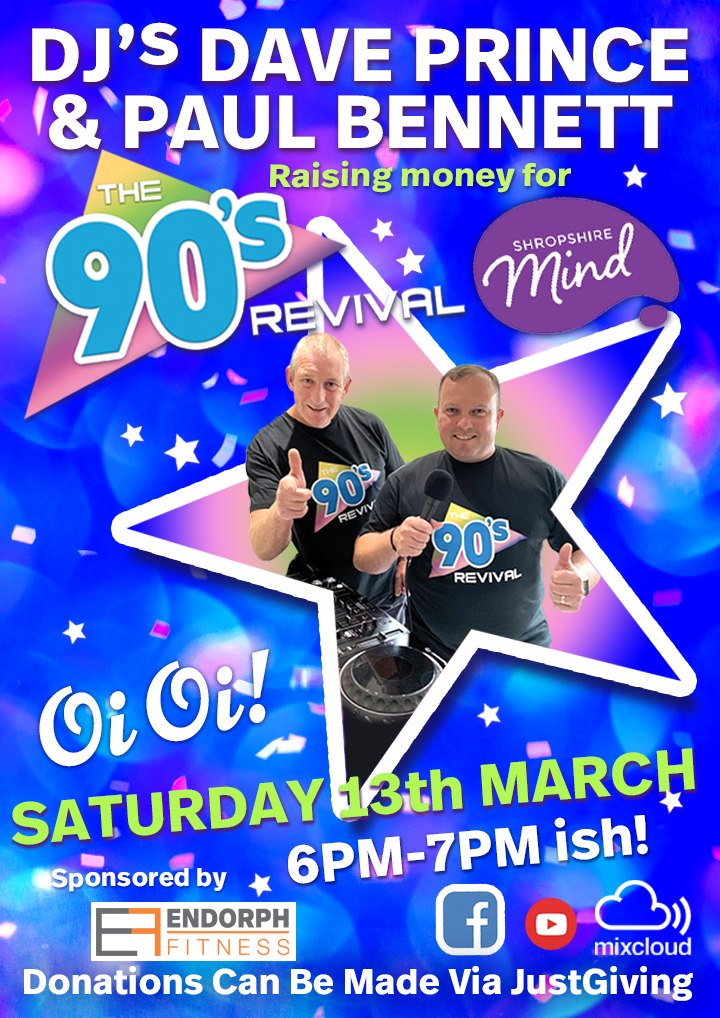 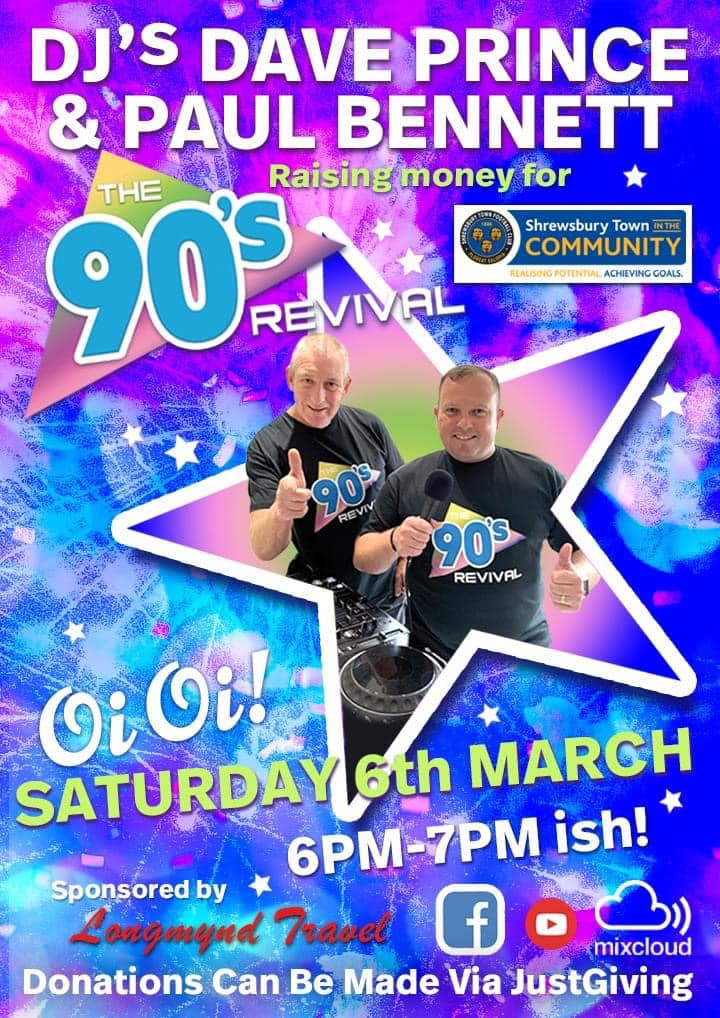 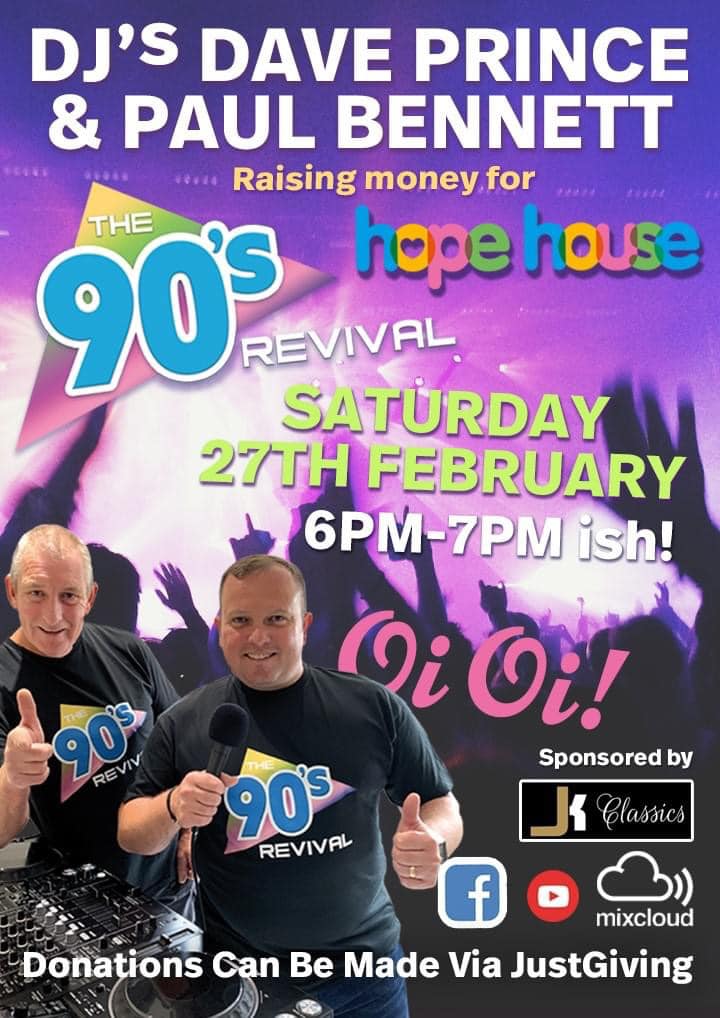 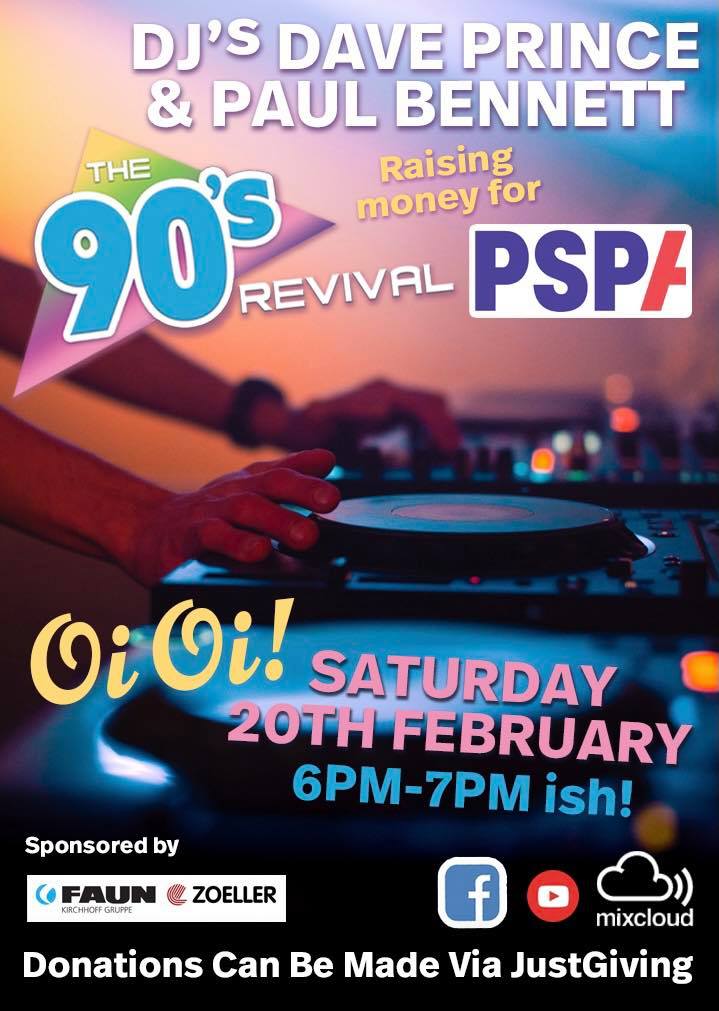 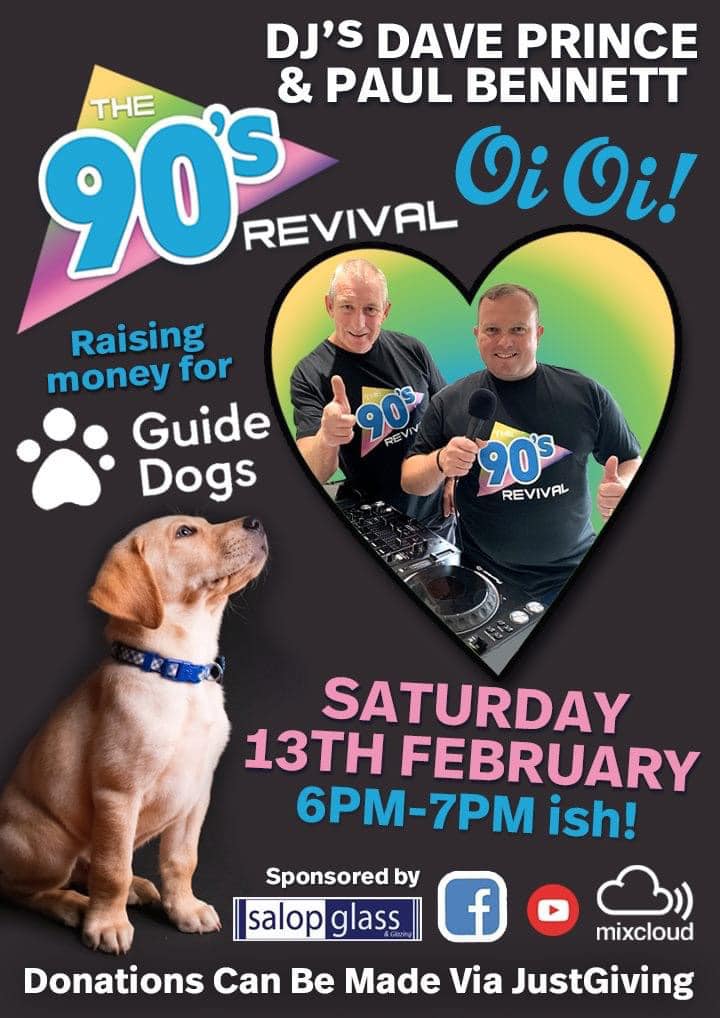 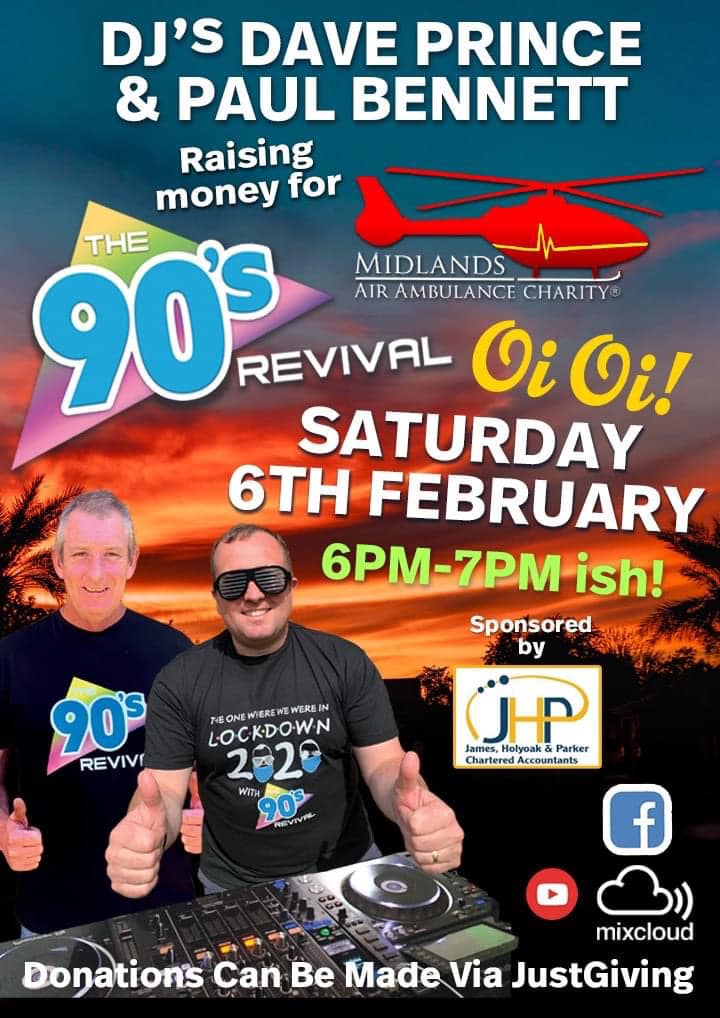 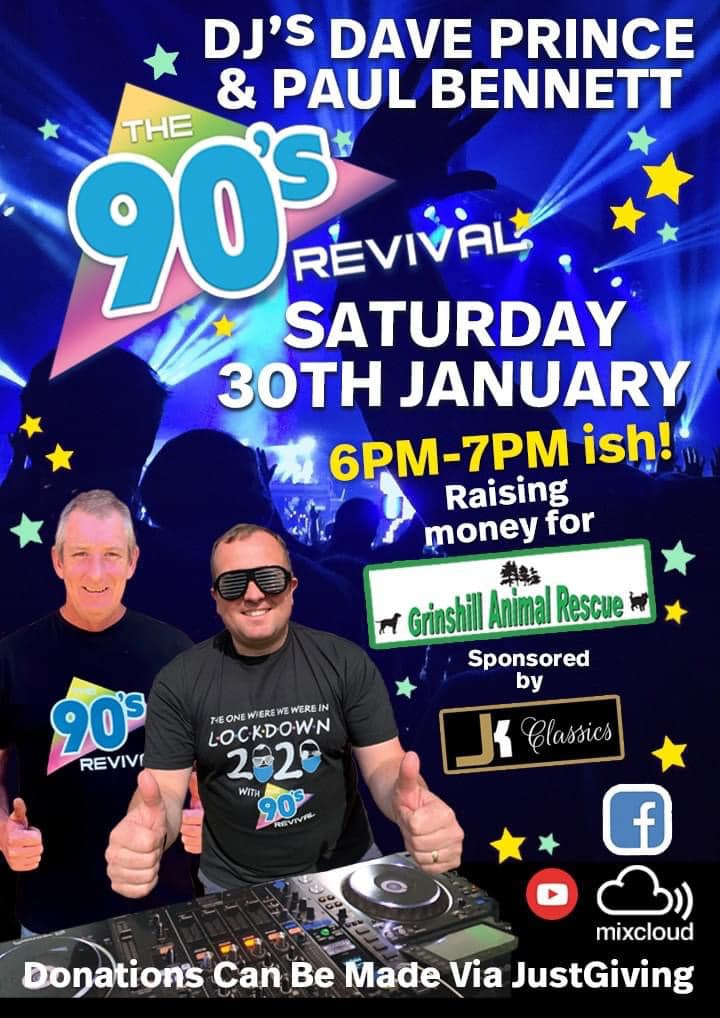 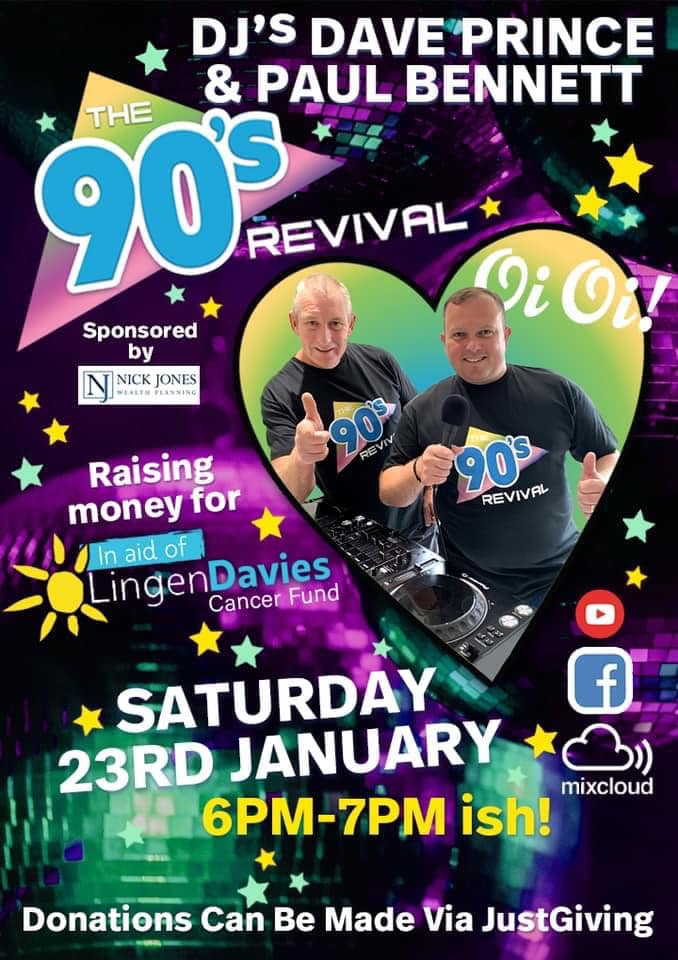 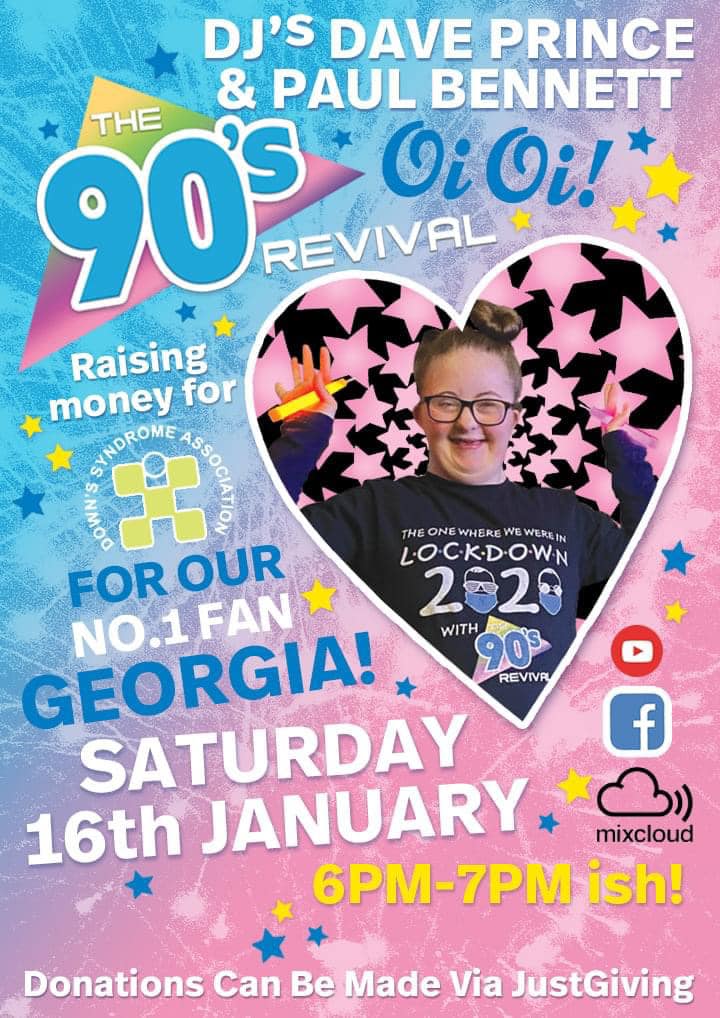 Please read before you book…

Please give as much information as possible on the Booking Form so that we can provide you with an accurate quotation. For example, Venue size, capacity, other acts on the bill, duration of the show, is PA included etc.

We look forward to receiving your enquiry and will respond to you asap.